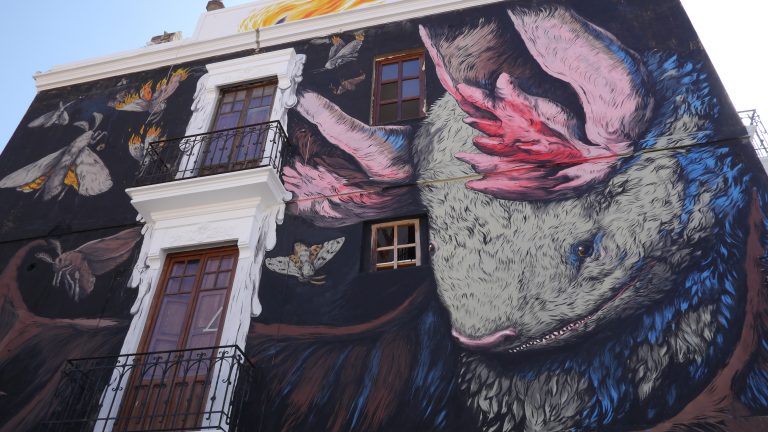 During the few years I spent in Valencia, I was quickly convinced that urban art had an atypical place there, especially in one district: the Cabanyal. But how does street art really echo the urban planning and daily life of the neighbourhood?

Testimonies of this former fishermen’s district are still visible to this day with its narrow streets covered by coloured mosaics facades (azulejos) that invite us to get lost and to discover the hidden artworks.

Classified as a National Heritage site in 1993, the Town Council decided in 1997 to establish a renovation project, providing for improvements and partial destruction to open the city to the coast. Nevertheless, the exceptional mobilisation of the inhabitants for the protection of the heritage, supported by the associative platform Salvem El Cabanyal prevented the project from being completed. Although, refusing to abandon the project, the municipal authorities have turned away from their duties of maintenance in the area.

During my last stay, I had a rather revealing meeting with an inhabitant about the commitment and proximity that the residents have with their neighborhood. Straight out of Bodega Gomez, an emblematic bar that has been going on for about 30 years, a man spontaneously crossed the street to talk to me and tell me the story of the neighborhood. During the discussion, he addressed the issues of the strategies of the former Town Hall: the progressive purchase of buildings from private owners, with the ultimate aim of destroying them and pursuing their first urban planning policy.

With few political and material resources, culture has been one of the main levers for mobilising and promoting local heritage, with the organisation of street art festivals for example. Instinctively, street art became part of its artistic dynamic.

The presence of many abandoned and half-detroyed buildings has also contributed to the development of street art. Abandonned warehouses have become the preferred terrain for graffiti artists, enhancing their appearance and testifying these years of tension. On these scratched and tagged pieces of wall, the most observant will spot patterns from old mosaics, the last remnants of these sacrificed houses.

We can easily be charmed by both the cultural heritage and urban landscapes of the Cabanyal, to the point of enjoying the tragic destiny and sight it has to offer. Through the relationship between walls and graffiti, street art is displayed in authentic forms and in harmony with the soul of the neighbourhood: damaged yet striking.

Towards an institutionalisation of urban art

Illegal and institutional works rub shoulders, as new street art projects are emerging and multiplying, in response to the undeniable potential of the neighbourhood. The new Council in place also seems to acknowledge it: in 2017, an exceptional project has combined street art with these abandoned buildings. Pending a new renovation plan (currently in progress), the district is adorned with exceptional murals thanks to Poliniza Dos festival. Two of them really made an impression on me:

Bosoletti’s mural, which is one of my favourite artworks in Valencia. His technique manipulates our perception like a negative: colours can be inverted and the pattern revealed on camera by the negative mode.

And Hyuro’s, which particularly resonates with the history of the Cabanyal since he symbolically painted it on the first house aimed to be destroyed at the time by the renovation plan.

In this same craze, the VLC Urban Art Festival – Barris en moviment inaugurated last September, the murals of the Italians artists Ericailcane and Dado Ferri. In October, the festival conFusión invited the artist Creto to create a moving work of art on one of the abandoned building of the Cabanyal.

A district in mutation

Right now, I feel like the neighborhood is about to metamorphose at breakneck speed. New official rehabilitation measures have recently been approved and it is difficult to imagine what the future holds. Tourism and new businesses are gradually taking over the area to give it a different dynamic, especially as the beach is very close by. What is certain is that the relationship that urban art has with the Cabanyal seems to be set to last… and we will be attentive to their transformation!

I hope this article will inspire you to explore this area that fascinates me so much, and to perceive the value of street art in the context of the Cabanyal 🙂.

For our readers who don’t know the Cabanyal district, we gathered a small and non-exhaustive summary of its identity and heritage, here we go!

Some links to browse : 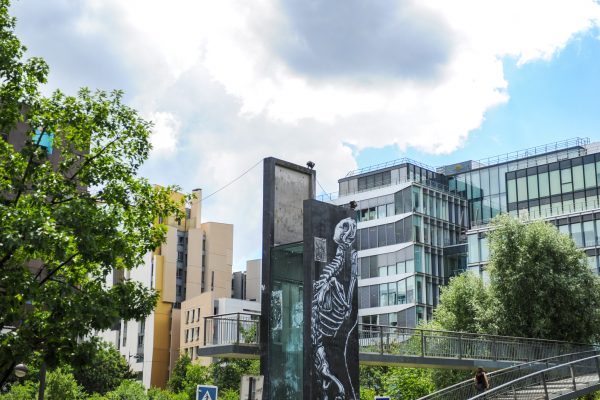