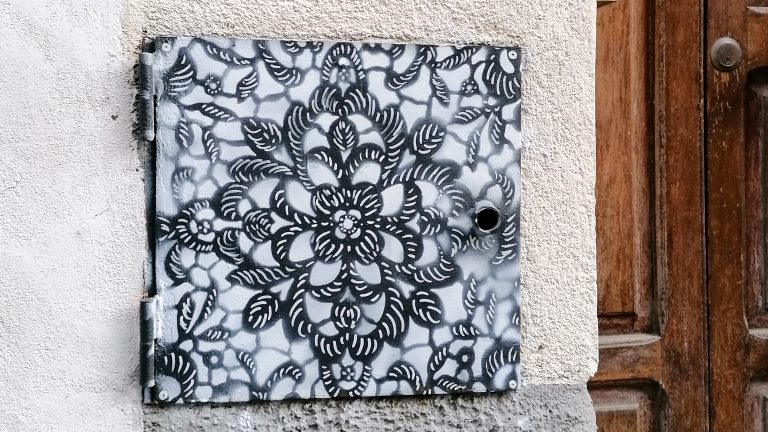 Last October, I had the chance to discover NeSpoon stencils scattered in the small seaside resort of Cefalù in Sicily! A Polish multidisciplinary artist, she is inspired by traditional lace patterns in her must-see works. NeSpoon interprets in her own way, through street art, this ancestral craft technique which has “a universal aesthetic code deeply rooted in most cultures* “.

As she likes to say, NeSpoon was “born” in 2009 when she pasted her first ceramic artwork on a wall. She uses different materials and techniques such as ceramics, stencils and elastic band installations in the public space to recreate these patterns. For NeSpoon, lace offers “symmetry, order and harmony which are things we all aspire to, we humans* “.

Beyond street art, she also works with canvas painting, screenprinting and porcelain.

At Invisible Walls, we knew her work from the large murals she painted for the Poliniza Dos festival in the Cabanyal district of Valencia, and in front of the Urban Nation Museum of Urban Art in Berlin, but until then we had never seen her smaller scale work in the streets.

I was on holiday in Sicily and one day I went to Cefalù for a trip to the beach. I was pleasantly surprised to find these small artworks standing out in the landscape. Intrigued, I proposed to NeSpoon a short interview to understand what had brought her to this city which is not a street art destination, and to unravel the mystery of her stencils 😊

Following in the footsteps of NeSpoon in Cefalù

NeSpoon told me that when she painted in Cefalù last July she too was on holiday.  Usually she travels a lot all over Europe to take part in many urban art festivals or for commissioned projects. This stay was a bit different for her as she was not invited as an artist. But as a street artist she leaves her mark everywhere she goes, even on holiday by the sea! Besides, outside of festivals or commissions, NeSpoon always paints illegally. And when urban art festivals ask her not to do it, she does it anyway because it is her means of artistic expression.

In her street art activity, NeSpoon adopts a very spontaneous approach. She does not scout for locations. She walks around at night and, as soon as she feels it, she sprays a stencil. As free as that!

In Cefalù, she chose to place her artworks on the small utility doors built into the street façades and probably belonging to the town’s service. The contrast of her artworks on the smooth, metallic surfaces of their support amidst the roughness of the stone façades bring out her fine patterns. They appear as embellishments to the street and underline the beauty of the architecture.

During her trip and night time activities, she met many young Sicilians who were very enthusiastic about her work. She did not have any negative reactions or altercations with the police. Her friends who accompanied her were apparently not reassured to see her painting illegally in Sicily, especially in Palermo where she stayed for a day, she told me laughing!

She creates and cuts her own stencils with the same rigour, patience and precision as a lace worker. Cutting small sizes takes her one to two days of work. This is the most important step. According to her, the artist’s touch can be recognised in this handmade process, whereas machine cut would completely depersonalise it.

When she applies the stencil, she sprays one or two layers of paint. Very often one of white and then one of black, or vice versa.

For my last question, I asked her for one of her street art crushes – either a mural, an artist or a city in Italy. She couldn’t choose and didn’t want to answer because so many amazing artists have painted in Sicily! Nevertheless, she did not hesitate to choose her favourite street art destination: the Fame festival in Grottaglie in the south-east of Italy, in which she took part in 2011 and which left a deep mark on her. According to her, it is the most independent festival she has ever done. Many other world-famous street artists have painted there, such as BLU, Conor Harrington, JR, Swoon, Vhils or Os Gemeos.

You can admire many of NeSpoon’s artworks in Italy. She travels there to paint almost every year. This year, after her getaway in Cefalù, NeSpoon took part in the Emergence festival in Oliveri in September. She had already painted a mural for the 2018 edition of this Sicilian festival in Valverde. And still in Sicily, in 2019 she was in Favara for the first edition of the Countless Cities Biennial organised by Farm Cultural Park.

Are we going back to Sicily for our next holidays? 😉

A dive in NeSpoon’s thoughts and commitment

For the twenty minutes of our conversation, NeSpoon was modelling a piece of porcelain clay while talking to me. This little piece of clay quickly took shape into a petal for her long lasting project “Thoughts”. Since 2012, NeSpoon has been producing 50 kg of porcelain petals per year. Each petal takes a minute of her time (or occupies her during a slightly longer conversation!) and all her petals are gathered on a large table during her exhibitions. Visitors can then touch them and feel a little of the artist’s thoughts as they were made! Her goal? To have 1500 kg of petals in 2041!

On October 30th, the day of our virtual meeting, one of the most important demonstrations in Warsaw for the right to abortion took place following a decision of the Polish Constitutional Court on October 22nd which made abortion almost illegal. NeSpoon, who lives in the Polish capital, was preparing to take part later that afternoon. 100,000 people gathered that day and many artists were present. The feminist artist Ola Jasionowska notably designed a red lightning bolt that became a symbol of these events. At the beginning of December, when we publish this article, the demonstrations continued in Warsaw for the fifth consecutive week.

I hope you enjoyed this article! Feel free to leave us your comments 🙂
And see you on @invisiblewalls.eu for the rest of our street art discoveries in Sicily, heading to Palermo this time!

© All pictures were taken by Invisble Walls. 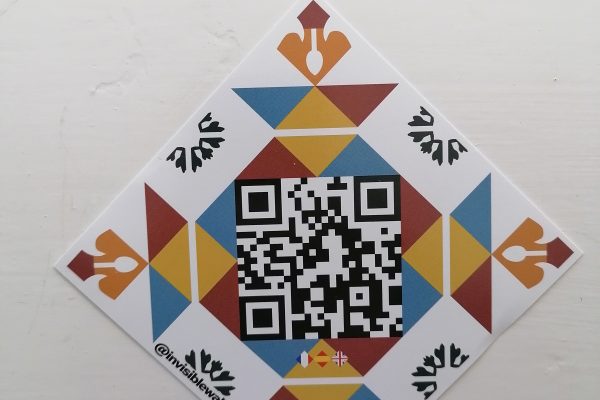 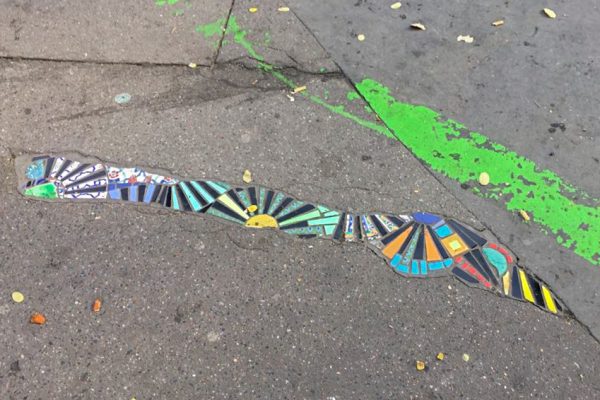 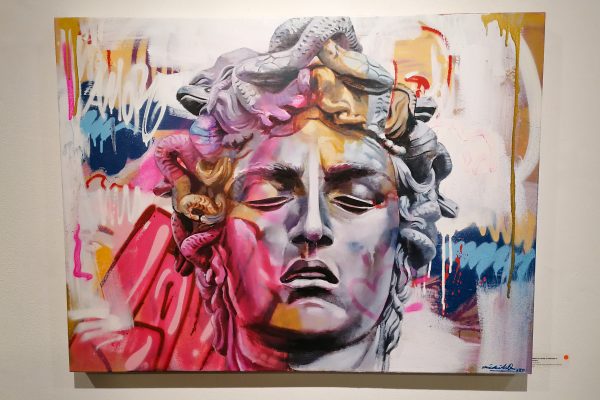 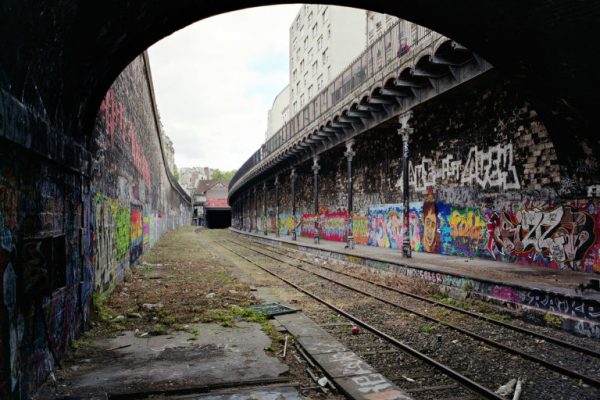